The Language Of Flowers 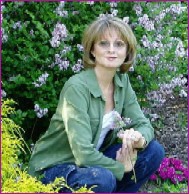 “Belladona: A flower. In Italian, a beautiful lady; in English, a deadly poison”. Ambrose Bierce, The Devil’s Dictionary

During a question/answer session in a speech I gave to a college media class last month, a student asked why I’d chosen a flower shop as a backdrop for my mystery series. My quick response was that I liked flowers and I loved flower shops — the colors, the textures, and ah, those heavenly fragrances… But still, mixing murder with something as vibrant and alive as a flower? Isn’t that as unlikely as chocolate sauce on an omelet? (Yumm . . . Chocolate.) Okay, maybe that was a bad example.

Being the argumentative type, (a genetic trait common to most women) I had to come up with a good rebuttal. So basically it’s this: Who can think of a black orchid without visualizing intrigue — or the book or movie, The Black Dahlia, without thinking of murder? Who can picture a Venus fly trap without recalling Audrey II, that voracious man-eating plant in the cult favorite, The Little Shop of Horrors? And we haven’t even started to list the poisons that come from various plants, the castor bean plant being one. 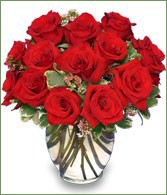 But that got me to thinking about the other side of the coin. Who doesn’t associate red roses with love? Or white flowers of any kind with purity? A google search on the meaning of flowers produced a plethora of pages (5,270,000 to be exact) dedicated to that subject, which got me to wondering where this custom of equating feelings with flowers originated.

According to my research, floriography, or the language of flowers, was an important part of Victorian life, (roughly 1870-1901) allowing expressions of sentiment that could not be otherwise vocalized due to the rigid moral standards of the day. (They must be turning in their graves now.)

A young man’s gifts of flowers could either please or displease a lady depending on his choice of blossom. Flowers conveyed love or dislike depending upon the type, size, how they were held, or even how they were grouped. Even the way in which flowers were delivered had a special meaning. A flower in an upright position represented a “positive thought; one presented in the opposite direction had a negative meaning. A flower offered by the right hand could signify a “yes” and one offered by the left hand a “no.”

One can understand why the wily Victorians referred to books such as flower dictionaries and herbals that recorded the virtues of plants as well as their myth and lore, in order to choose just the right blossom. Consider the language of roses alone:

Going back even further, literary annuals were being published as early as 1765, in France, and 1770, in Germany, and reached their peak of popularity in Europe and America from about 1820 through mid-century. But, as I discovered, there is much debate about the exact origins of the flower-sentiment associations.

Floriography appears to be based on ancient symbolic correlations taken from Chinese, Japanese, Middle Eastern, Greek, and Roman cultures, mythologies, and religions; possibly based on the actual physical description of the plants themselves — a distinguishing characteristic of the root, stem, leaf, bloom, or seed. One of the most frequently mentioned sources is the Turkish, Oriental, or Persian language of flowers or objects, referred to as the selam, which was in fact a system of memorization. Brent Elliott, Librarian to the Royal Horticultural Society, writes that the Turkish system was “not a language of meanings, but a mnemonic system – the names of the objects rhyme with standard lines of poetry, and are an aid by which the lines can be recalled.”

But the meanings we associate with flowers today are actually a fairly modern invention used most often by poets, writers, artists, and designers. Indeed, literature itself may be credited with promoting the language of flowers, as you can see in the works of Shakespeare.

However, there isn’t one universal set of meanings because of the significant cultural differences concerning the types of sentiments and flowers in the vocabulary of the various countries of origin. Take these three flowers as typical examples of the diversity of meanings:

If you are interested in finding out more about the language of flowers, visit Flower Shop Network Flower Meanings. In the meantime, by using a different floral theme for each of my mysteries, I am doing what writers through the centuries have done – inventing my own floriography. It’s not such a bad thing to be known for, is it? I’ll take one bouquet of blue roses, please.

Kate Collins writes the popular Flower Shop Mystery series, including MUM’S THE WORD, SLAY IT WITH FLOWERS, SNIPPED IN THE BUD, and ACTS OF VIOLETS (March, 2007). Kate’s next book in the series, A ROSE FROM THE DEAD, will be a December, 2007, release. Visit Kate at Kate Collins Books.

Show someone you care … Send flowers today. Find A Florist to help you express yourself.